When I Expressed Interest In The Role

My manager guffawed at my suggestion because he thought I was joking – I wasn’t.

An operations supervisor position had become vacant and I’d express interest in having a crack at it. When my manager realised I was serious, he blushed, dropped his eyes and murmured something about it ‘not being an environment for a woman.’

I felt myself shrink and disappear into the small child who lives inside me. ‘Maybe he’s right. It’s a tough environment,’ I thought. It wasn’t as if the position would’ve been a promotion (I was already at a higher level). I was interested in the development opportunity it presented.

His Response Was Nonsense

I know it now, and I knew it then.

I’d already been working in the environment negotiating workplace agreements with some tough unions and alongside the supervisors who would’ve be my peers. I’d gained respect from all sides and had achieved much for the business.

But at that moment I decided to let it go.

Those events took place 20 years ago.

If This Happened Today My Reaction Would Be Different

Why? Because I’m more confident now: clear about who I am, my strengths and weaknesses, and comfortable with the knowledge some things are right for me, and some things aren’t. As a result, I have less self-doubt. The good news is, you can reach that place within yourself by a shorter route than the one I’ve taken. Recent research has found reflecting on personal values can help women deal with these situations better. It’s like getting an inoculation against negative stereotypes.

When women are in environments where gender stereotypes are pervasive, it impacts their subconscious thoughts, and consequently their behaviour. This process of internalising gender stereotypes leads women to live down to the limitations associated with the stereotypes. For example, the common trope that girls aren’t good at maths which is now known to be untrue. This results in women unwittingly hold themselves back. An effect known as ‘stereotype threat’.

Situations where there are few female role models can lead to self-defeating thoughts such as, ‘If other women aren’t good enough, then why am I?’ 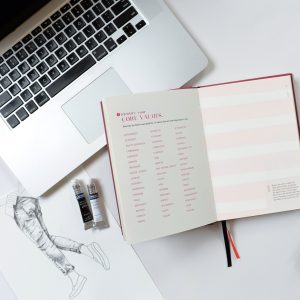 Would you like your inoculation? Great, then try this exercise.

♦ Anchor them by writing a description of why each value is important to you.

In order to get the full benefit of this exercise it is important to:

♥ Reinforce them by referring to them regularly – focusing on the why, and

♥ Use them as the cornerstone for how you define success.

By reflecting like this, you’ll strengthen your sense of self even further. You can also download the values reflection exercise from my self-coaching journal for women.

If you try the exercise I’d love to hear how it worked for you. 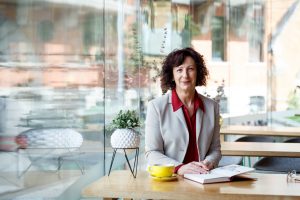 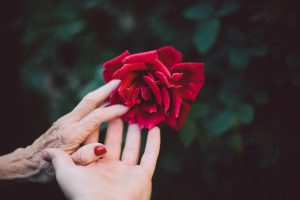