There are two powerful things every woman can do to advance gender equity; develop your self worth and become a role model for other women.  Learning these things though my own experience, from reading research, and coaching others led me to formulate my self-coaching journal for women. In a recent interview with Femeconomy, I discussed my journey to this point, barriers to gender equity, and my advice to women.

This article was originally published by Femeconomy

What was the impetus for you to write your self coaching journal for women?

It started because I went looking for a book which might help a female friend who was going through a challenging time. The experience left me feeling overwhelmed by the volume of material giving advice to women on various subjects.

I decided to write something myself instead; not a book of advice, but a book which guided and asked questions to help the user to get clarity about which course of action is right for her. The result is my self-coaching journal for women. It’s a coach in a book which helps women define what success means to them and guides them to attain that success. The content incorporates my experience and research, while the design integrates elements from mindfulness research.

How has your career in human resources led you to coaching and researching women and success?

I became interested in gender diversity research during my time leading Asia Pacific Talent for a global oil and gas services company. Whilst in that role I had the opportunity to attend the Catalyst Awards Conference in New York. The experience had a profound impact upon me; it opened my eyes to gender research and led to some personal lightbulb moments.

Since then it’s been an evolution.

Because Human Resources is a female dominated function, I’ve had the opportunity to lead other women, several of whom have subsequently become mentees. I found reading, and having an understanding of, gender research helped me to be a better mentor. In recent times I decided to specialise my coaching practice because my clientele had become predominantly female.

Leading and coaching women, combined with my own experience, has helped me to gather anecdotal evidence and notice common themes. Writing the journal helped me to crystallise these experiential and academic learnings, leading me to focus on women and success.

What are some commonly held myths that women have about success?

In my view, the primary myth affecting women is the expectation that they must live up to traditional concepts of success in their personal and professional lives simultaneously. To attempt do so is problematic because:

Women who strive to live up to both these constructs of success tell me they feel they’re doing neither well enough. I suspect this phenomenon is a factor in the high numbers of women who self-assess as having low self-confidence and imposter syndrome.

Women don’t have to accept these traditional definitions. Success is merely a concept, and how you define it is up to you.

In your experience,  what are the main structural obstacles women face, and how can they be overcome?

From my perspective, there are two major the structural obstacles:

Secondly, the stereotype that women, not men, are the primary caregiver remains a significant structural barrier for women. Whilst the current generation of men report they want to share caring responsibilities, most are reluctant to take leave or flexible work options for fear it will damage their career and earning prospects. Until it becomes normalised and equally acceptable for men, as it is for women, then the gender disparity in terms of income and career progression will remain entrenched.

What has been your greatest challenge?

Managing myself. I used to operate under the weight of extreme perfectionism and self-criticism. As a result, I ran myself into the ground and had a few health scares. Ultimately, they were a gift as they prompted me change my ways. When I look back now, I’m amazed I managed to achieve what I did. I channelled this experience as I wrote Clarity, Simplicity, Success and imagined that I was asking questions to help my younger self find her way.

What are you most proud of?

When I first read this question, I thought I’d be listing my career achievements or similar. But they aren’t what I’m most proud of.

I’m most proud that the work I’ve done over the past 2 years has had a positive impact upon others. The feedback from women who’ve used the journal, read my writing, and heard me speak has been heart warming and more meaningful than anything in my career to date.

What’s one piece of advice for future female leaders?

Define your own meaning of success. This is important for two reasons:

You are the female economy. Whether you are a female consumer, business owner or a woman in the workforce, you can create gender equality by choosing female led brands. Clarity, Simplicity, Success is a Femeconomy Platinum Member.To learn more about joining Femeconomy, hit the big red button below: 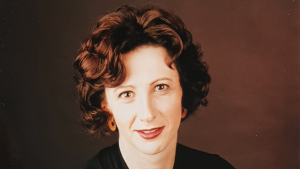 When I was 39, ⁠I had some glamour shots taken. Because I was leaving my 30’s behind. Because I wanted to remember how I looked 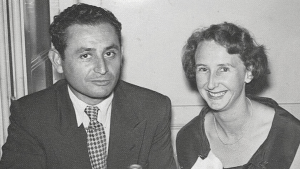 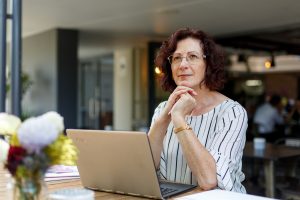 There are two powerful things every woman can do to advance gender equity; develop your self worth and become a role model for other women.